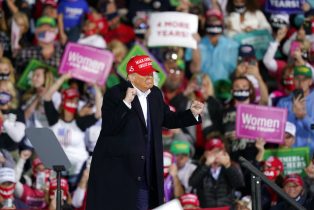 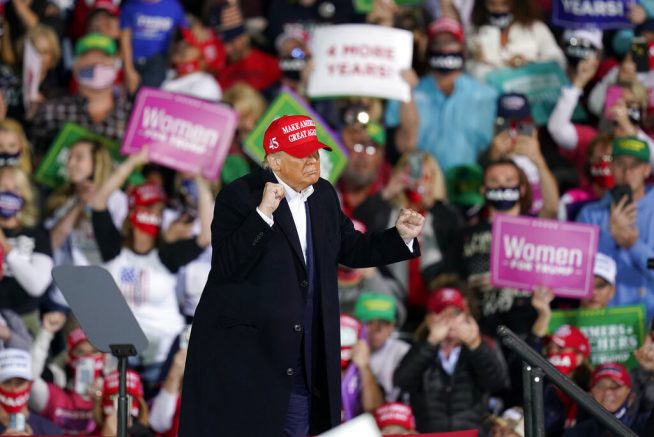 President Trump has continued to rally his supporters across the United States, recently meeting with voters in Des Moines, Iowa. This was the President’s third rally since undergoing treatment for coronavirus with the Commander-in-Chief highlighting his remarkable recovery.

“And one of them is Regeneron and I said I’ll take that one because, very early in the testing, but it had great numbers,” he explained. “And I’m telling you, they gave me this and they call it a therapeutic, but to me it’s a cure because I felt like Superman the following morning.”

The President also briefed the audience on his youngest son’s recent COVID-19 diagnosis while advocating for schools across the nation to fully reopen, so children can interact in a classroom setting.

“I don’t think he even knew he had it because they’re young and their immune systems are strong and they fight it off, 99.9 percent,” he stated. “And Barron is beautiful and he’s free…Barron is just fine now, he’s tested negative.”

President Trump then expressed his support for the military and noted he’s using his administration to bring American troops home that are currently in the Middle East. He specifically pointed to the decrease in troops numbers in Afghanistan.

“You know we are bringing all our soldiers back home, we’ve been doing it for a longtime,” he stated. “And it’s not easy, not easy.”

The President also commented on the recent Senate confirmation hearings of Judge Amy Coney Barrett, stating his nominee has shown great promise during the hearings despite tricks from the left.

“To defend our rights and our Constitution I nominated Judge Amy Coney Barrett to the United States Supreme Court,” he stated. “…she’s so been outsmarting these people, these people with bad intentions….she’s an intellect.”

Thousands of the President’s supporters gathered in attendance and he thanked them for their enthusiasm.

Meanwhile, the race between the two presidential candidates continues to heat up with weeks until the election. President Trump is anticipating another win from the Hawkeye State just like in 2016.