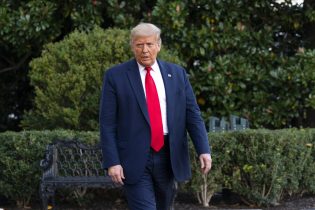 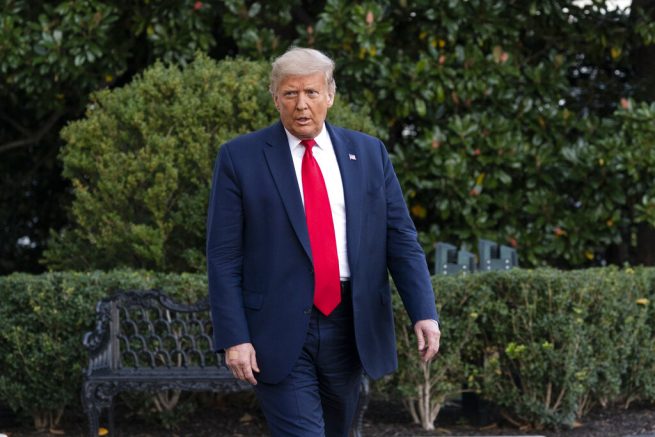 President Donald Trump walks to speak with reporters as he walks to Marine One on the South Lawn of the White House, Tuesday, Oct. 13, 2020, in Washington. Trump is en route to Pennsylvania. (AP Photo/Alex Brandon)

Many supporters of President Trump are expressing agreement with his handling of the coronavirus as he continues to hold large in-person campaign events.

On Tuesday, Trump voters in Pennsylvania said they are skeptical over left-wing media claims that the Trump administration has mishandled the virus. Many said fears over the virus have been overblown by the media and they don’t believe everything they have been told.

“I’m not entirely convinced that we’re being told the truth about it and I like the way the President is handling it, coming out and pretty much publicly taking his mask off and he’s just trying to get away from this whole thing,” stated Trump supporter Douglas Crouse.

The President has now fully recovered from COVID-19 after being cleared multiple times by White House doctors. The Trump campaign is now running at a full sprint, traveling to a number of hotly contested states before November 3.

Recent polls have shown Democrat contender Joe Biden with a slight lead in Pennsylvania. However, the Trump campaign has cast doubt on how those polls were conducted. They have also pointed to President Trump’s victory in the state back in 2016, which is a sentiment echoed by his supporters.