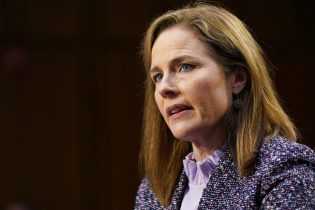 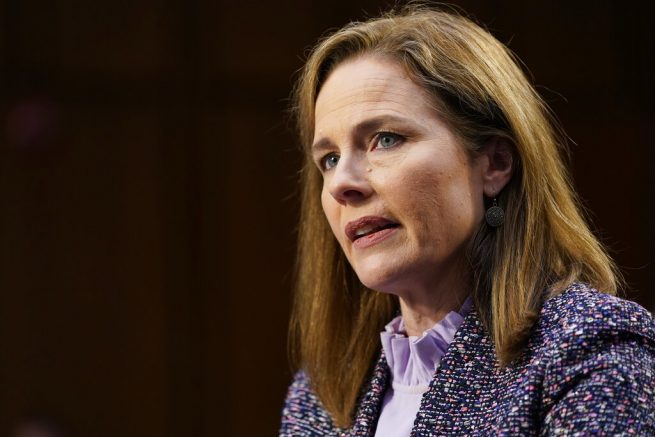 Partisanship took center stage in the second day of confirmation hearings for Supreme Court nominee Amy Coney Barrett. On Tuesday, Barrett took questions from the Senate Judiciary Committee and stated that it would be her job to interpret the laws that Congress passes, not formulate them herself.

During the hearing, Barrett was pressed by several Democrat senators on a number of issues, including gun rights, abortion and voting rights.

When pressed by California Sen. Dianne Feinstein over whether the 1973 case Roe v. Wade was wrongly decided, Barrett said it’s not her place to opine on cases already decided in the high court.

“I’m going to invoke Justice Kagan’s description, which I think is perfectly put,” stated the judge. “When she was in her confirmation hearings, she said that she was not going to grade precedent or give it a thumbs up or thumbs down…it would actually be wrong and a violation of the canons for me to do that as a sitting judge.”

Illinois Sen. Dick Durbin attempted to trip up the Supreme Court nominee by describing her views on gun rights and voting rights for felons as mismatched. She rejected Durbin’s claims by arguing she views both issues as civic rights and governments can deprive felons of these rights if they are deemed dangerous to their communities.

“Senator, what I said was that the Constitution contemplates that states have the freedom to deprive felons of the right to vote,” she explained. “Its expressed in the Constitutional texts, but I expressed no view on whether it was a good idea..whether states should do that.”

Democrat senators also grilled Barrett on her possible conservative bias and whether she’s made up her mind on cases regarding Obamacare as well as the 2020 presidential election. Barrett stressed she has no agenda, and is independent from the legislative and executive branches of governments.

“I have had no conversation with the President or any of his staff on how I might rule in that case,” she stated. “It would be a gross violation of judicial independence for me to make any such commitment or for me to be asked about that case and how I would rule.”

Meanwhile, Barrett is scheduled to go through one more hearing where senators will ask her questions Wednesday. The Senate Judiciary Committee will meet Thursday to put Barrett’s confirmation vote on the Senate’s agenda as early as next week.