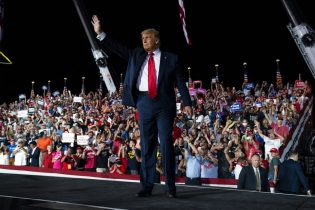 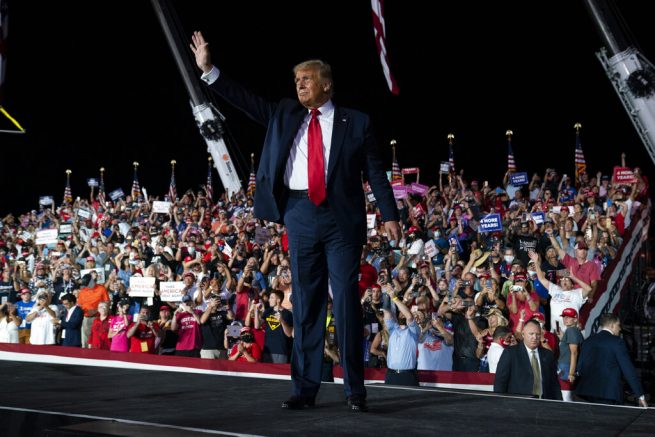 President Trump held his first campaign event since recovering from coronavirus. Massive crowds gathered on the tarmac of the Orlando Sanford International Airport in Florida on Monday in anticipation of the President’s ‘Make America Great Again’ rally.

Just ahead of the rally, White House doctors confirmed the President has continued to test negative for coronavirus. President Trump kicked off the event by saying he will do whatever he can to make the treatment he received while battling COVID-19 as widely available across the U.S. as possible.

“If you look at what we’re doing with therapeutics and, frankly, cures, we’ve made tremendous progress,” he stated. “And I said to my people, we are going to take whatever the hell they gave me and we’re going to distribute it around to hospitals and everyone is going to have the same damn thing.”

President Trump then focused on his achievements throughout his time in office, including his tackling of the mass immigration crisis along the southern border, his revitalization of the economy as well as the administration’s coronavirus response. His pandemic response has been estimated to have protected close to 2 million American lives. 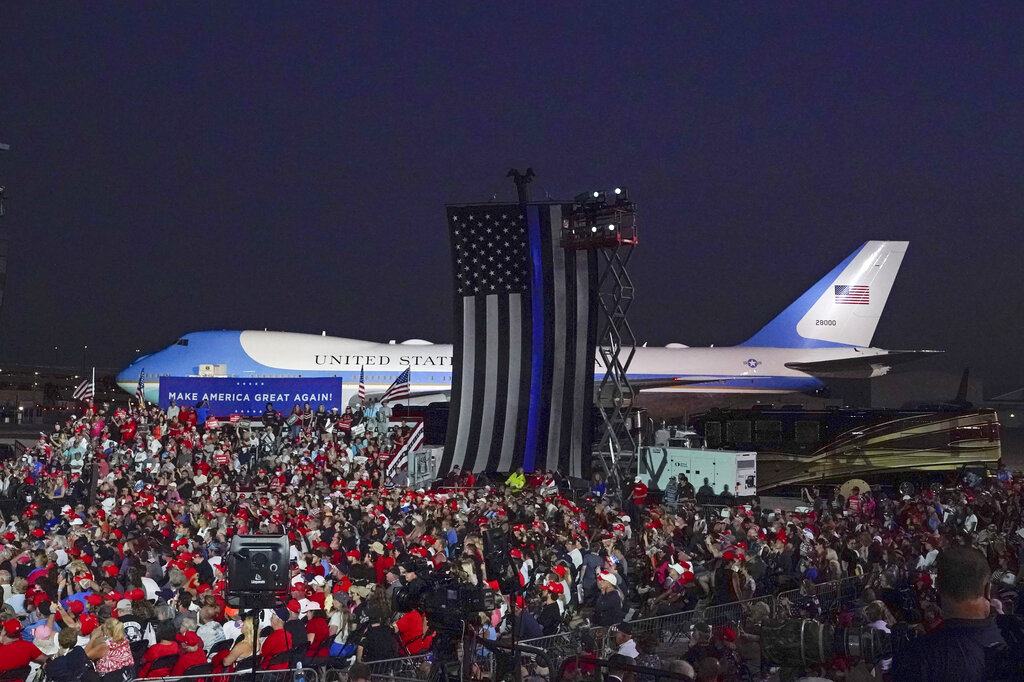 The President also touched on the Obama-Biden administration’s approach to the pharmaceutical industry by saying it was disastrous for the economy. He promised to take the industry back from China.

President @realDonaldTrump:”I did more in 47 months than Biden did in 47 years. Now, he is pushing the most far-left agenda ever put forward by a presidential nominee.” pic.twitter.com/VSNkafvo9Y

President Trump’s visit to his home state kicked-off what’s primed to be a hectic week as he is now set to hold events in Pennsylvania, Iowa, North Carolina and Wisconsin.