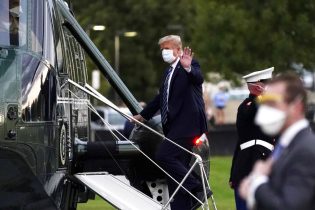 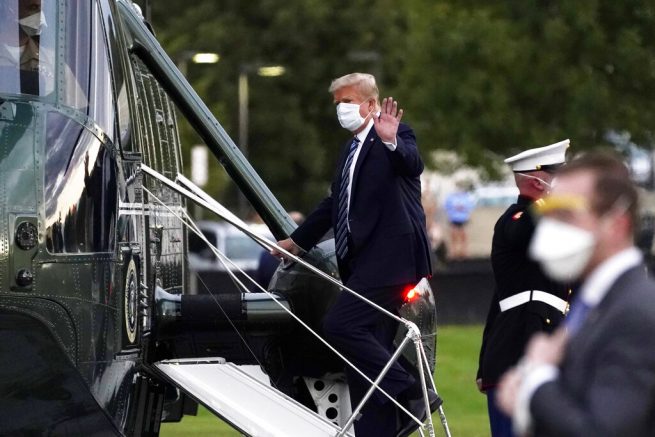 President Trump appeared to be showing no symptoms of the coronavirus following his first night back in the White House. That’s according to a statement Tuesday from the President’s physician who also said his vital signs and physical exam remain stable.

The President spent the weekend at Walter Reed Medical Center in D.C., where he was treated after testing positive for COVID-19 last week. Officials said he was only taken there out of an abundance of caution. During his time there, the President expressed he was doing well and being taken care of.

On Tuesday, President Trump’s doctor went on to say the President had a restful first evening back home and is continuing to do extremely well. The physician plans to provide updates as his condition develops. President Trump is also reportedly considering addressing the nation in a televised speech to reassure the public he is healthy despite his diagnosis.

Following his return to the White House, President Trump urged Americans not to be afraid of the virus.

“Don’t let it dominate, don’t let it take over your lives, don’t let that happen,” he stated. “We have the greatest country in the world…we’re going back to work, we’re going to be out front.”

According to the President’s White House communications director, senior staff members have witnessed high energy in the President and have even told him to slow down.

With the second presidential debate set to take place next week, some have wondered if the President will still be able to participate. However, President Trump laid those concerns to rest in a tweet Tuesday.

I am looking forward to the debate on the evening of Thursday, October 15th in Miami. It will be great!

Before that debate, Vice President Mike Pence will take on his Democrat rival Kamala Harris in Salt Lake City Wednesday night. Since President Trump’s COVID-19 diagnosis, Pence and his wife have regularly been tested for the coronavirus and all tests, including one taken Tuesday, have turned out negative.

DOJ: Prosecution in Capitol attack is largest in American history