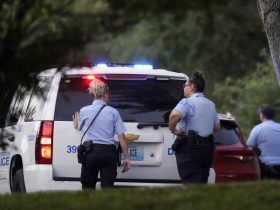 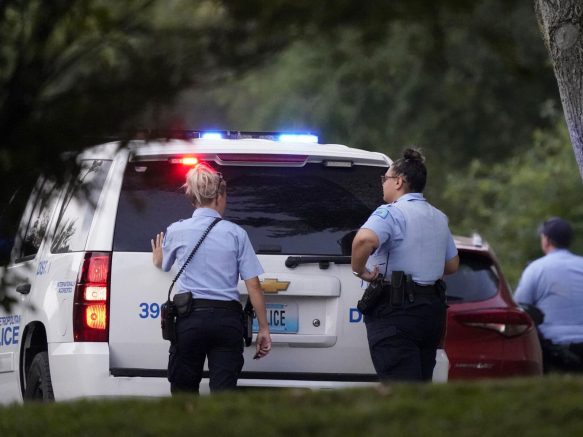 File – Police take up positions near the scene of a shooting  in St. Louis, Mo. (AP Photo)

St. Louis, Missouri is seeing a historic rate of homicide with 68 homicides for every 100,000 residents so far. As of this week, the city has reached its highest rate since 1993 with criminologists predicting the crime rate will break that record by the end of the year.

Officials suspect this is largely due to high rates of joblessness and poverty exacerbated by the ongoing pandemic and release of jail inmates.

However, law enforcement authorities have said the federal Justice Department’s Operation Legend has helped over the past six weeks as violent crimes have reportedly been on the rise in various Democrat-led cities this summer. The operation came to St. Louis with support from city officials and has so far resulted in 33 homicide arrests.

“They are very essential in locating these subjects wanted for homicide, so it’s been successful,” stated Major Shawn Dace, Commander of the St. Louis Metropolitan Police Bureau of Investigations. “That’s a huge amount of police work in the last six weeks.”

Cheering on our colleagues @SLMPD @USAO_EDMO as #OperationLeGend expands to St. Louis. 300+ violent criminals off the streets, including 33 homicide suspects.
Maj Shawn Dace: “We’re not giving up…We need more people to stand up and say enough is enough.”https://t.co/yS30C1ZABN

Local law enforcement officials said police are working hard to quell the violence and are hoping for more support from the community.

Rep. Gaetz to hold rally in Wyo. to call for ousting of Rep. Cheney