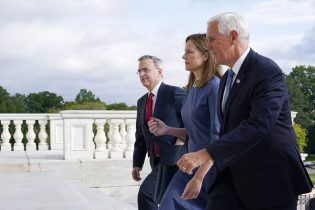 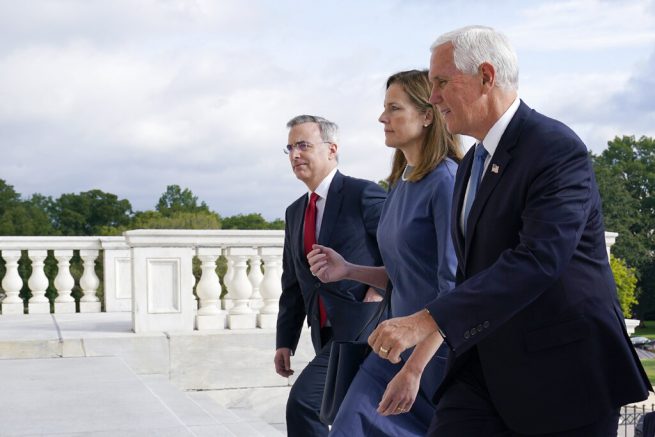 Supreme Court nominee Amy Coney Barrett visited Capitol Hill to meet with senators who will be considering her nomination to the nation’s highest court.

Barrett was greeted by Vice President Mike Pence after arriving Tuesday, where the two met with Senate Majority Leader Mitch McConnell. The Kentucky senator confirmed Barrett would be meeting with senators interested in speaking with over the course of the next few days.

The Vice President said the White House looks forward to working with senators in the confirmation process.

“In Judge Amy Coney Barrett we have someone of great character, of great intellect, who has a judicial philosophy that will uphold the Constitution of the United States,” stated Pence. “President Trump discharged his duty under Article II to nominate Judge Barrett to the vacancy on the Supreme Court of the United States.”

Barrett’s visit comes as many Senate Democrats, including Minority Leader Chuck Schumer are refusing to meet with the Supreme Court nominee.

I am not going to meet with Judge Barrett. Why would I meet with a nominee of such an illegitimate process and one who is determined to get rid of the Affordable Care Act?https://t.co/7v4ES3HNM1