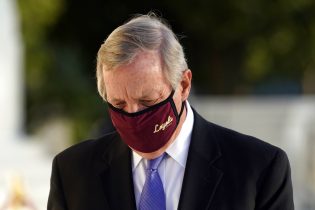 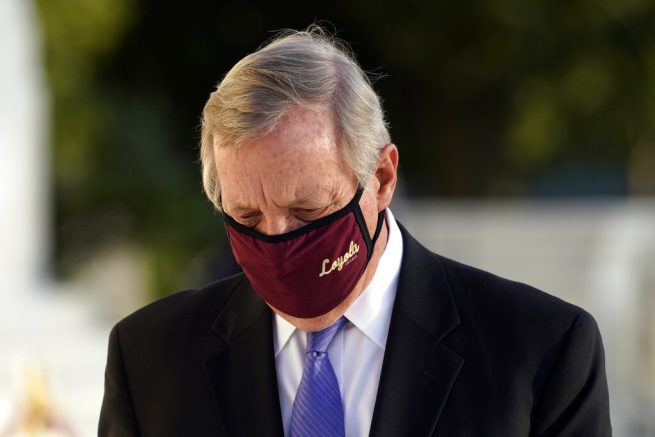 Sen. Dick Durbin, D-Ill., pays respects as Justice Ruth Bader Ginsburg lies in repose under the Portico at the top of the front steps of the U.S. Supreme Court building on Wednesday, Sept. 23, 2020, in Washington. Ginsburg, 87, died of cancer on Sept. 18. (AP Photo/Andrew Harnik)

Sen. Dick Durbin (D-Ill.) recently denounced Hillary Clinton for advising Joe Biden to “not concede under any circumstances.” During an interview Sunday morning, he called Clinton’s assessment “flat out wrong.”

Clinton made these comments last month and said Biden should avoid conceding because the election will drag out due to the increase in mail-in voting.

The Ballots being returned to States cannot be accurately counted. Many things are already going very wrong!

However, Durbin compared this sort of election response to what’s been going on in Belarus by arguing a refusal to acknowledge a Biden defeat would delegitimize American democracy.

“If we are going to maintain a democracy, a peaceful transition through an election is the only way to do it,” explained the senator. “Just look at the streets of Belarus today if you want to see the alternative, we don’t need that in America.” 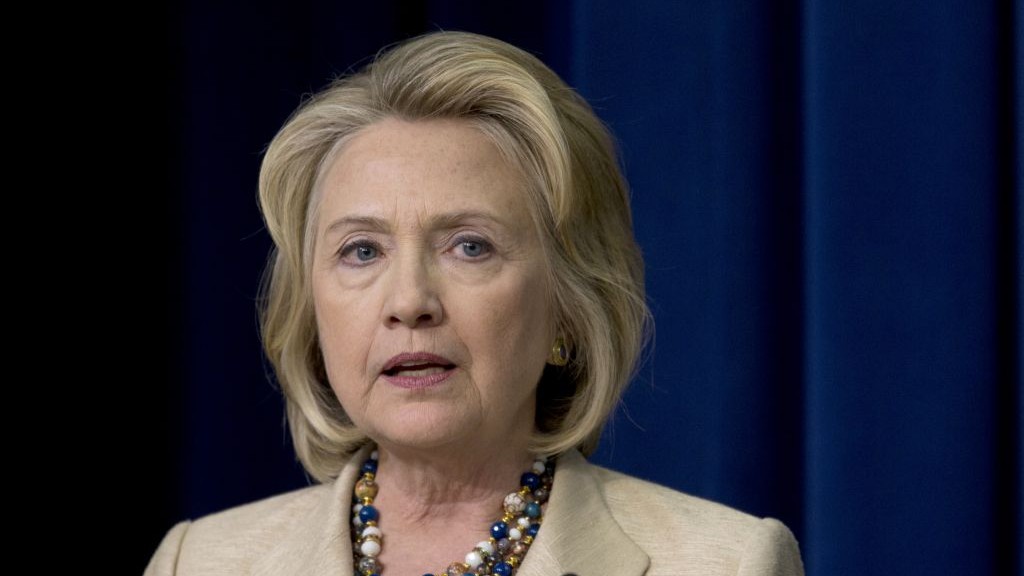 Durbin’s sentiment has been echoed by several Republicans who argue mail-in ballots pose a threat to election security. Their concerns comes as President Trump has called for an investigation into liberal lawmaker Ilhan Omar (D-Minn.) and her alleged role in a ballot scheme.

In response to reports Omar’s supporters harvested ballots, the President said “this is totally illegal.” He went on to say he hopes the U.S. attorney in Minnesota has this and any other of her misdeeds under serious review.