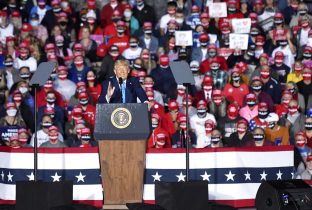 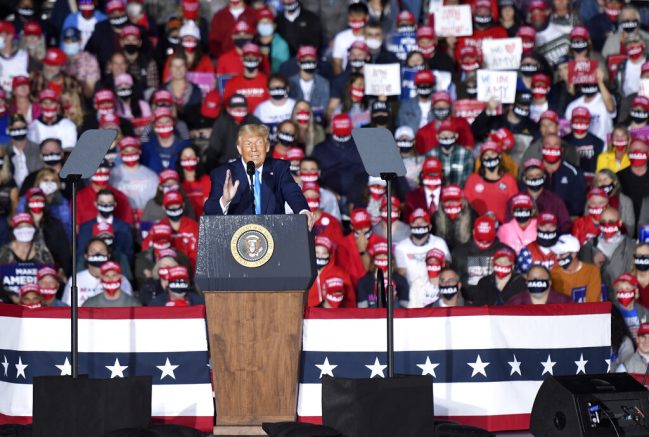 President Trump slammed mail-in voting during his campaign rally in Virginia this weekend. The President visited Newport News on Friday, where he spoke about the potential threat large scale mail-in ballot voting poses to the 2020 election.

He warned Americans about the attempts by many to cheat Americans out of the election through the mail system.

“We’ve got to watch this ballot scam, because they are scamming us,” he said.

The President acknowledged the recent attacks on him over the peaceful transfer of power by saying he does want to respectfully turn over the presidency to the winner.

“They say, ‘He doesn’t want to turn over government,’” he explained. “Of course I do, but it’s got to be a fair election.”

President Trump also drew attention to the Democrats’ previous run with mail-in ballots, where more than 60,000 mail-in ballots were ruled to be void by multiple judges. He went on to discuss the several instances of voter fraud currently under investigation across the U.S.

“See, that’s another scam,” he added. “They’re losing ballots all over the place that just happen to be Trump ballots.”

Rep. McClintock says if BLM, Antifa were addressed over the summer, capitol violence may not have happened

Democrats seeking to bail states out of debt with relief package