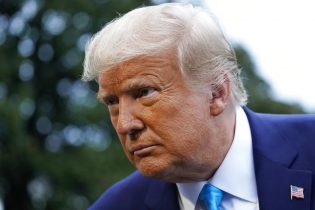 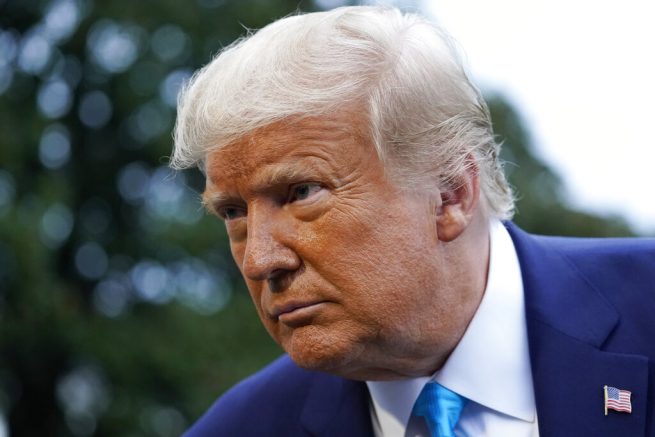 President Donald Trump speaks with reporters on the South Lawn of the White House, Saturday, Sept. 26, 2020, in Washington before departing for a campaign rally in Middletown, Pa. (AP Photo/Alex Brandon)

Kenosha County Sheriff David Beth has offered his endorsement of President Trump. As part of an op-ed released this weekend, Beth expressed the President was there for Kenosha when they needed him.

“The President’s swift and bold response to support our law enforcement family and my community made it clear that he’s the strong leader Wisconsin and America needs,” stated the sheriff. “It’s also why I am proud to endorse President Trump for reelection this fall.”

Beth went on to recount the first time he met the President at a roundtable event, where he said he saw the commander in chief’s support, gratitude and steadfast resolve for law enforcement.

According to the sheriff, when the department asked President Trump for help after violence broke out in Kenosha, the President responded by saying “whatever you need, it’s coming.”

He also cited President Trump’s dedication to upholding law and order, along with his refusal to play politics with the lives of America’s brave men and women, who are on the front lines of serving and protecting their communities.

Beth stated he has made a vow to work as hard as he can to improve the lives of American citizens and noted he looks for that quality in a presidential candidate.

He was not the only sheriff in the state to give President Trump his endorsement. Dozens of other Wisconsin sheriffs have also voiced their support for the President.

Standoff in N.C. leads to deaths of 2 deputies, 3 civilians including suspect

With US cops spooked by George Floyd-era backlash, an app is paying the poor to police themselves – at a fraction of the cost

Biden’s proposed amnesty for illegal aliens would be a disaster for America. Thank goodness one brave Democrat politician agrees