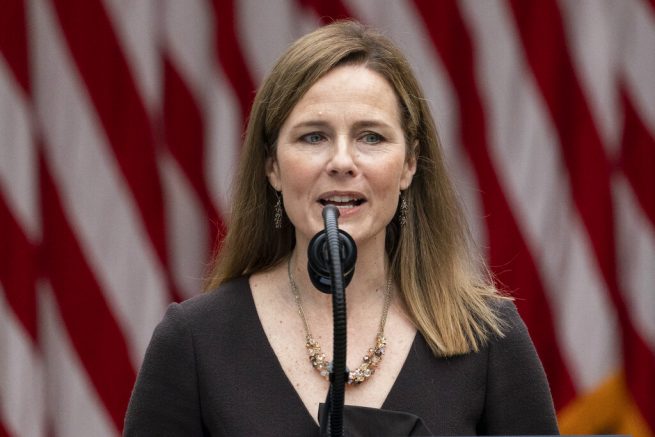 Judge Amy Coney Barrett speaks after President Donald Trump announced her as his nominee to the Supreme Court, in the Rose Garden at the White House, Saturday, Sept. 26, 2020, in Washington. (AP Photo/Alex Brandon)

Judge Amy Coney Barrett has accepted the nomination to be the next justice of the nation’s highest court. On Saturday, she gave a speech in front of the White House and vowed to serve the American people.

This came after President Trump tapped Barrett to replace the late Supreme Court Justice Ruth Bader Ginsburg. Judge Barrett has said she will approach the bench with impartiality and remain faithful to the U.S. Constitution.

She discussed her time clerking for the late Justice Antonin Scalia and noted he had a profound influence on her approach to the law.

“A judge must apply the law as written,” said Barrett. “Judges are not policymakers, and they must be resolute in setting aside any policy views they might hold.”

She went on to say she looks forward to working with the Senate during her confirmation process, which is set to take place in the coming weeks.