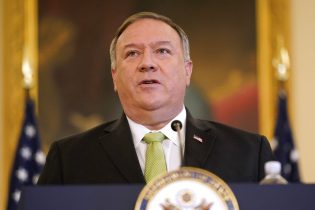 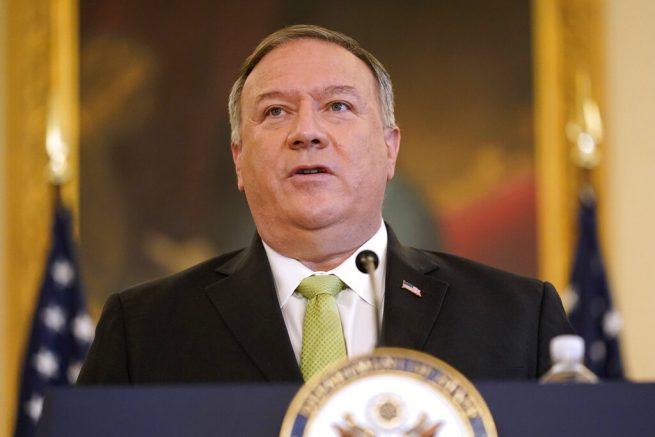 Secretary of State Mike Pompeo speaks during a news conference to announce the Trump administration’s restoration of sanctions on Iran, Monday, Sept. 21, 2020, at the U.S. State Department in Washington. (AP Photo/Patrick Semansky)

According to Secretary of State Mike Pompeo, espionage is “not just a spy novel term.” He made this remark while describing New York’s Chinese Consulate on Thursday.

Pompeo has said officials at the consulate are “engaging in activities crossing the line from normal diplomacy to the kinds of things more akin to what spies are doing.”

His comments came after one NYPD officer was arrested last week. The officer has been accused of acting as an intelligence agent for the Chinese government.

The FBI reported they have evidence 33-year-old Army veteran Baimadajie Angwang was working with other officials from the consulate, including his alleged “handler.” In exchange for money, Angwang reportedly delivered intel over the course of at least the last two years to consulate officials on other Tibetans living in New York.

Experts believe these efforts “show the Chinese Communist Party seeking to suppress dissent” against the country’s claim over Tibet, both in the territory and the United States.

Angwang is currently facing up to 55 years in prison if convicted on the charges against him, which included illegally acting as an agent of a foreign government, wire fraud and making false statements.

In the meantime, China has thoroughly rejected these claims as “pure fabrication.”

Despite their denial, Secretary Pompeo confirmed China’s New York consulate has since been closed. He added more arrests of diplomats and agents from the country will likely be made in the near future.

He reiterated the administration will continue to crack down on suspected foreign agents and fight to protect “our wallets, our hearts, our minds and our freedoms.”

“For years, our diplomats couldn’t move around in Beijing, while Chinese diplomats ran free all across our country,” he stated. “Fairness, reciprocity, equality, that’s how diplomats will be treated in the Trump administration.”