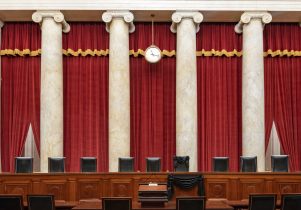 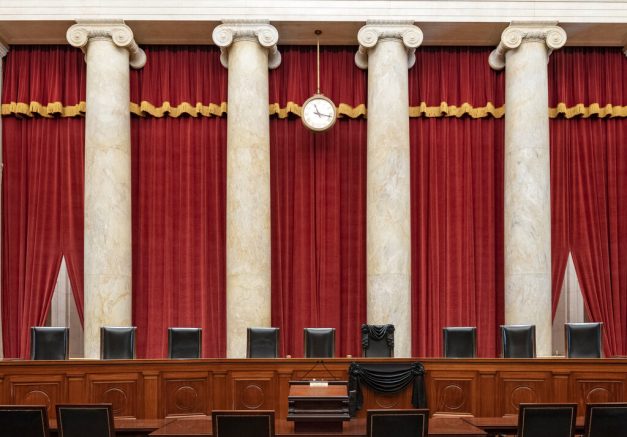 House Democrats have been looking to make some changes to the Supreme Court following the passing of Justice Ruth Bader Ginsburg. A group of three Democrat representatives, including Ro Khanna (D-Calif.), Joe Kennedy III (D-Mass.) and Don Beyer (D-Va.), are reportedly planning to introduce legislation to impose term limits on Supreme Court justices.

The lawmakers are aiming to ban Supreme Court justices from lifetime appointments, instead maxing out their time on the court at 18 years. They have argued this will prevent clashes over the high court.

Lifetime appointments to the highest court in our land undermine our democratic process and erode progress in our nation.

We must enact 18 year term limits on our Supreme Court justices to continue our march towards a more perfect union. https://t.co/9fCyggP686

Democrats further suggested President Trump should honor Ginsburg’s alleged dying wish that the next elected President choose the new justice. In the meantime, Republicans have stated it is the duty of the President to nominate a replacement to the high court.

Rep. Khanna, the lead sponsor of the bill, spoke publicly against President Trump’s decision to fill Ginsburg’s seat. He has claimed the current fight between parties on how to proceed with her replacement is all about healthcare.

“We cannot let this President fill the seat and end Obamacare,” he stated. “They couldn’t do it through the democratic process, so now they want to have someone on the court who is going to get rid of Obamacare, get rid of coverage for preexisting conditions.”

When I first ran for Congress in 2014, I proposed limiting terms of Supreme Court Justice to 18-appointments.

Given the recent, dramatic politicization of the Court, it’s time for real reform.

The bill is also aiming to limit every President to only nominating two justices at most per four-year term.

If the Senate confirms whoever President Trump selects as the nominee, this will mark the third Supreme Court justice the President has confirmed during his first term in the White House.

The Democrat lawmakers are set to formally unveil the proposed legislation on Tuesday.

Jen Psaki responds to Twitter mockery of ‘circle back’ phrase

Biden admin. refuses to give stance on abortion, Hyde Amendment