Thousands gather ahead of President Trump’s rally in Jacksonville 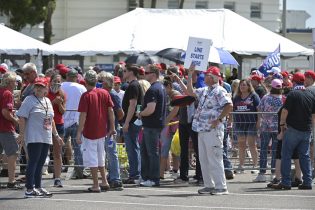 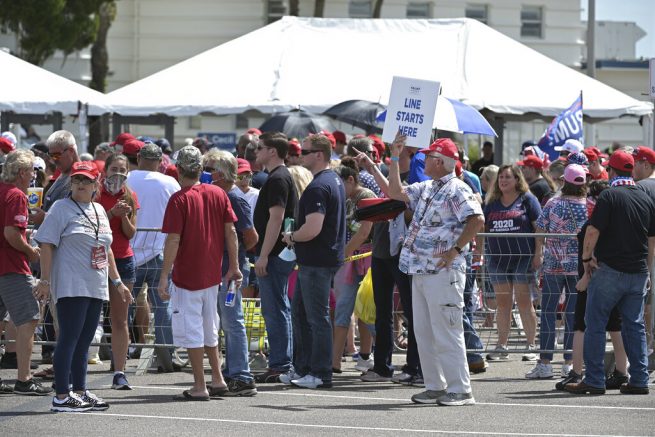 Thousands of supporters gathered in Jacksonville, Florida ahead of President Trump’s rally tonight. The President’s speech at Cecil Airport will be his first all-out rally in Florida in months.

President Trump’s supporters lined up before the sun rose for his event tonight in Jacksonville, Florida!

“He wasn’t reading from some kind of transcript. Everything he believes in is what he’s saying.”

“I think that we can trust him.” pic.twitter.com/Tn3o7HFPPN

Law and order is expected to be a big theme at tonight’s rally amid violent protests over the Breonna Taylor case. The event also came just days before the President is set to go head-to-head with Joe Biden for their first debate.

One America’s Jack Posobiec spoke to some of the attendees about the upcoming election.

“I support Donald Trump 100%, I’ve never in 60 some years voted Democrat,” stated one resident. “I come from the great state of Oklahoma, I am a Republican and I love my country.”

VP Mike Pence: We’ll have our day in Congress on Jan. 6