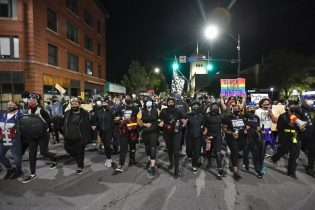 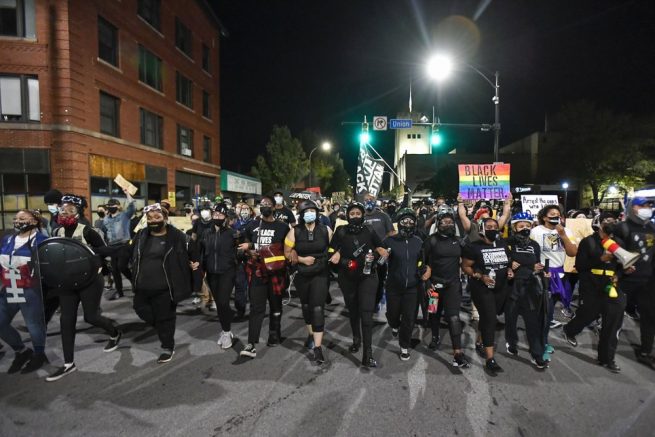 Demonstrators march along a street in Rochester, N.Y., Friday, Sept. 4, 2020, during a protest over the death of Daniel Prude. (AP Photo/Adrian Kraus)

According to local reports, demonstrations in Rochester, New York have cost taxpayers $1.4 million. Police reportedly tallied up more than 15,000 overtime hours in the first half of September as they responded to protests over the death of Daniel Prude.

Since the end of May, the police presence at Black Lives Matter protests has cost the department nearly $2 million.

One city council member has said it’s an unfortunate expense to pay, but it’s needed to keep the city safe.

“The fact that we had to have the police there the entire time was a need,” stated Jose Peo. “We needed to make sure what happened before with the rioting and the looting, what has happened in other cities with these types of protests, with buildings being burned down, did not happen in Rochester.”

Prude died in late March after an encounter with police in Rochester. The mayor fired the police chief in the aftermath and activists have called on the mayor to step down as well.