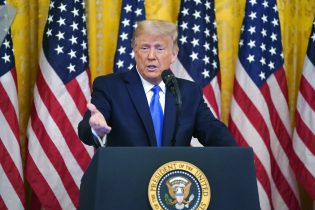 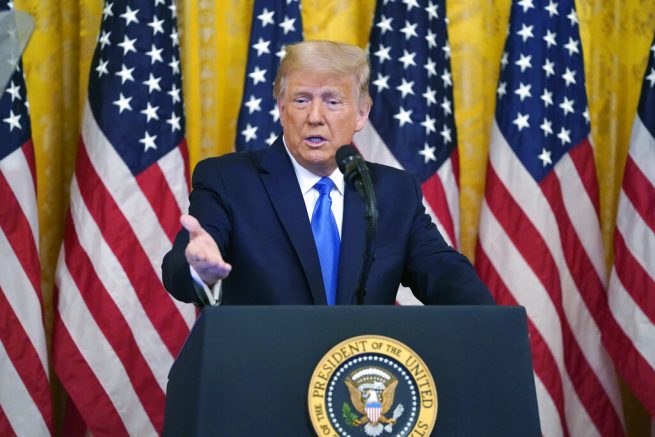 President Donald Trump speaks during an event to honor Bay of Pigs veterans, in the East Room of the White House, Wednesday, Sept. 23, 2020, in Washington. (AP Photo/Evan Vucci)

President Trump said he would accept a Supreme Court ruling in a contested election. In an interview Wednesday night, he elaborated on his potential response in the hypothetical event Democrat nominee Joe Biden wins in November.

His remarks came after he received push back from GOP lawmakers when he did not confirm he would accept a transition of power.

President Trump has frequently claimed the widespread use of mail-in ballots could lead to mass election fraud, potentially necessitating a Supreme Court vote to determine the results of the election.

“We want to get rid of the ballots and there won’t be a transfer, frankly, there will be a continuation,” he stated. “The ballots are out of control, you know it and you know who knows it better than anybody else? The Democrats.”

With your VOTE, we are going to lift our nation to extraordinary new heights – we are going to turn the page forever on the failed political class – and we are going to Defend our Jobs, our Families, our Borders, and our treasured way of Life! https://t.co/WwzdPhlJcp pic.twitter.com/kyNuebdLcT

Several prominent Republicans have commented on the matter since President Trump’s comments Wednesday, stating they would move towards a smooth transition of power in the event of a democrat victory.

President Trump: Under Biden, border crisis will be worse