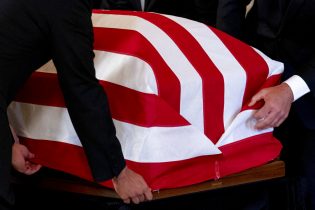 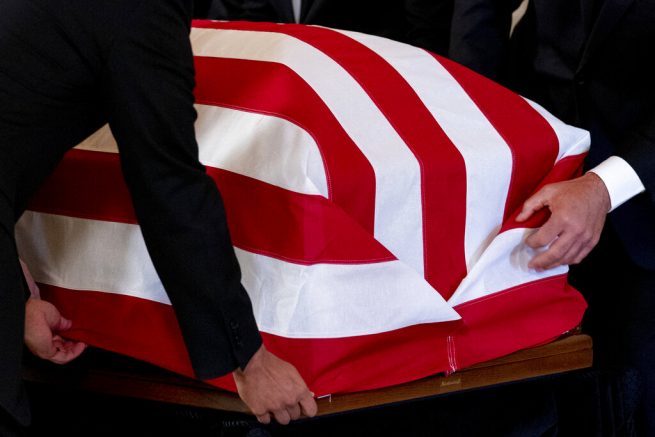 Pallbearers adjust the American flag draped over the casket of Justice Ruth Bader Ginsburg as they place it on the Lincoln Catafalque at the start of a private ceremony at the Supreme Court in Washington, Wednesday, Sept. 23, 2020. (AP Photo/Andrew Harnik, Pool)

According to Roberts, Ginsburg was tough, brave and a fighter, but also thoughtful, compassionate and honest.

“The court was her family, this building was her home, too,” he said. “Of course, she will live on in what she did to improve the law and the lives of all of us.” 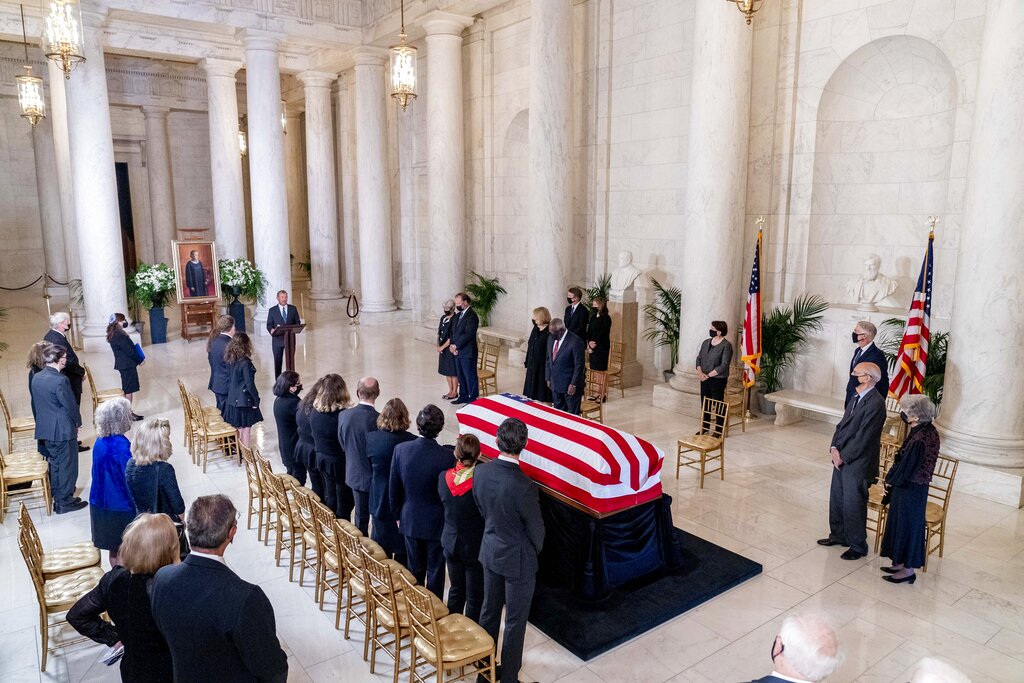 The flag-draped casket of Justice Ruth Bader Ginsburg is visible as Chief Justice of the United States John Roberts speaks during a private ceremony at the Supreme Court in Washington, Wednesday, Sept. 23, 2020. (AP Photo/Andrew Harnik, Pool)

He went on to say her life was one of the many versions of the American dream. He explained how she became a leading advocate for education and against discrimination in the workplace.

“She won famous victories that helped move our nation closer to equal justice under the law, to the extent that women are now a majority in law schools, not simply a handful,” stated Roberts. “Her 483 majority, concurring and dissenting opinions will steer the court for decades.”

Ginsburg will lie in repose at the court until Thursday and lie in state in the capitol on Friday. She will then be laid to rest at Arlington National Cemetery.

Ivanka Trump rumored to run for senate in Fla.