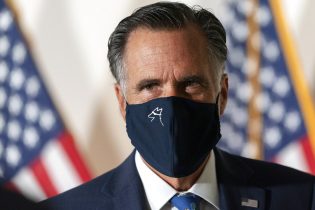 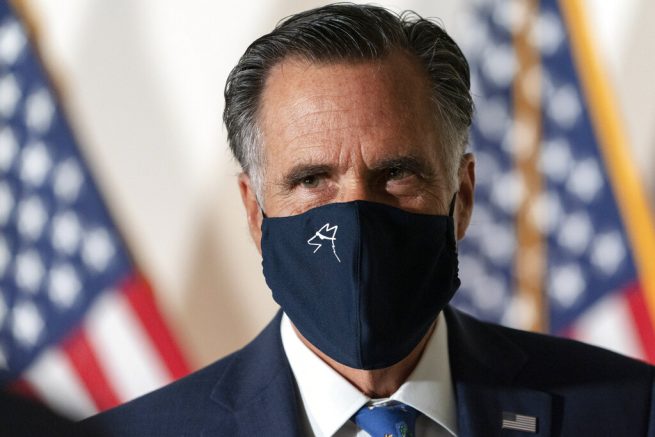 Sen. Mitt Romney (R-Utah) announced he will back a vote on President Trump’s Supreme Court nominee. He released a statement Tuesday in which he confirmed that if the nominee reaches the Senate floor, he intends to vote based upon their qualifications.

My statement regarding the current Supreme Court vacancy: pic.twitter.com/6YO0dPWWXc

The Utah Republican noted that historically an election year nomination is for the Senate to confirm if they are made by a president of the same party. Romney spoke to reporters on Capitol Hill and pointed out this was not the case back in 2016.

“At this stage, I think it’s appropriate to look at the Constitution and to look at the precedent which has existed over – well since the beginning of this country,” he stated. “And in a circumstance where a nominee of a president is from a different party than the Senate, then more often than not the Senate does not confirm, so the Garland decision was consistent with that.”

Romney was considered a potential GOP defection on holding a vote, but his announcement appears to guarantee the President’s nominee will be receive a full vote on the Senate floor.

I will be announcing my Supreme Court Nominee on Saturday, at the White House! Exact time TBA.

Meanwhile, White House Chief of Staff Mark Meadows confirmed the President will announce his Supreme Court pick this Saturday. In an interview Tuesday, he said the White House and Republicans have not made a decision yet on the timetable for the confirmation process.

However, Meadows said senators are engaged and ready to get to work on the President’s pick. He also noted he’s confident the President’s nominee will have enough votes to be confirmed either before the election or shortly after.

The world laughed when Biden dissed Australia’s PM as ‘that fella from Down Under,’ but to Aussies like me it’s no joke