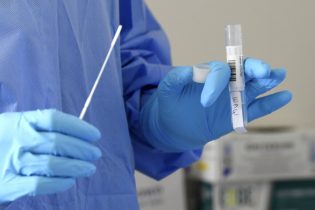 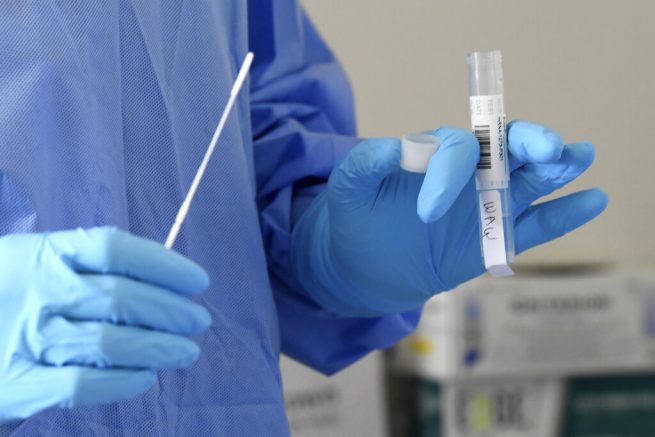 University of Miami Miller School of Medicine nurse Loreta Padron prepares to test a volunteer for COVID-19, Wednesday, Sept. 2, 2020 in Miami. Miami is one of 89 cities around the U.S. that’s testing the Moderna COVID-19 vaccine. (AP Photo/Taimy Alvarez)

The Trump administration is touting the effectiveness of Operation Warp Speed. During an interview Monday, President Trump said a coronavirus vaccine could be ready by the end of October.

The President then highlighted candidates from Pfizer, Johnson & Johnson and Moderna, while noting they are in the later stages of development. White House officials are sounding off on the same message.

“The USA is in a much better position thankfully, we’ve regained control of the virus,” stated economic adviser Larry Kudlow. “Both the cases and fatalities, but I think people are worried about Britain and maybe the rest of Europe as well.”

President Trump touted his success in handling the pandemic and criticized several media outlets for refusing to highlight that success.

This came just a day after HHS Secretary Alex Azar and Assistant Secretary Brett Giror praised the administration’s coronavirus response. They said COVID-19 numbers across the board are going down.

The President also said the changes he made at the FDA helped speed up the process of developing a vaccine.

“We have three vaccines in phase three and a fourth one starting imminently,” he explained. “And two of those vaccines in the U.S. have their phase three trials almost fully recruited to the original plan.”

The President also suggested Democrats now hate the concept of having a vaccine since it could be ready before Election Day.

Fla. high school students to be taught the ‘evils of communism’