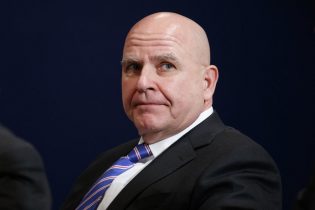 Retired U.S. Army General H.R. McMaster made this point during an interview Sunday. He added that while in his view the 21st Century will be characterized by competition between China and the U.S., the conflict cannot be directly compared to the Cold War due to the level to which the Chinese and American economies are currently intertwined.

According to General McMaster, this economic relationship carries with it intrinsic dangers and could weaken American institutions as well as the rules-based international system that was established after the second World War.

“I describe their approach as co-option. Co-opt us in with the lure of access to their market and short-term profits. And then coerce us. Coerce us to adhere to their worldview and to make concessions that allow them to achieve competitive advantage against us.”

McMaster served in the Trump administration for 13-months after being initially appointed in 2017. He said the Chinese government fears losing control resulting in an” Orwellian-like” grip on its citizens.