Decades of dry, overgrown forests fuel wildfires in the West 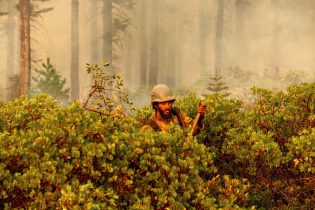 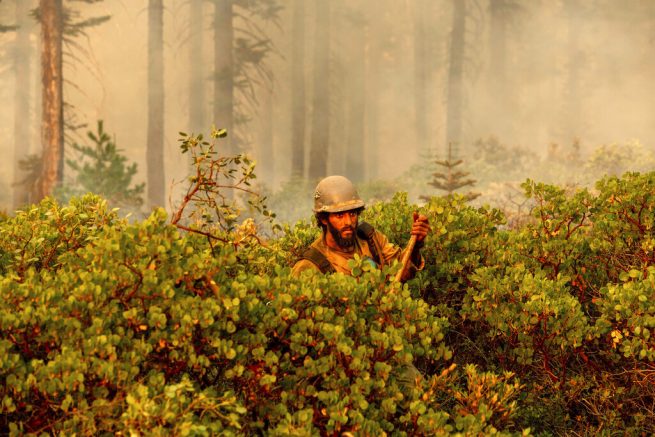 Firefighter Cody Carter battles the North Complex Fire in Plumas National Forest, Calif., on Monday, Sept. 14, 2020. Firefighters trying to contain the massive wildfires in Oregon, California and Washington state are constantly on the verge of exhaustion as they try to save suburban houses, including some in their own neighborhoods. (AP Photo/Noah Berger)

As massive wildfires continue along the West Coast, more than five million acres of land have burned throughout California, Oregon and Washington State.

According to wildfire experts, periodic burning has been natural in California for centuries, but this year’s wildfire season brought some of the biggest blazes the Golden State has ever seen. On September 9 the August Complex Fire in Northern California became the largest in the state’s history, burning through more than 832,000 acres of land.

The region’s forests, at least in part, are to blame as they continue to overgrow and dry out, which fuels the fires. President Trump has blamed poor forest management for the continuous fires and often makes comparisons to how well forests are managed in Europe.

Others like Stephanie Pincetl, the director of California Center for Sustainable Urban Communities at UCLA, have said it’s because people continue to build and move into highly flammable zones.

“We have to give up on suburbs and that will relieve the pressure on these highly flammable areas because most of the fires are caused by humans,” she stated. “Whether it’s your lawn, your cigarette, your truck or whatever it is.”

Pincetl also said the suburbanized areas don’t take into account where Santa Ana winds come from and how they move.

“So, in fact, you’re creating built funnels in canyons for that wind where the wind goes through, creating the most flammable kind of landscape you could possibly imagine,” she explained.

“Climate change is real and so is our responsibility to do more on vegetation management and forest management,” said California Gov. Gavin Newsom (D). “…I see those as mutual responsibility, both the state and federal government and the private sector partners.”

The 2020 wildfire season brought out six of California’s 20 largest wildfires.